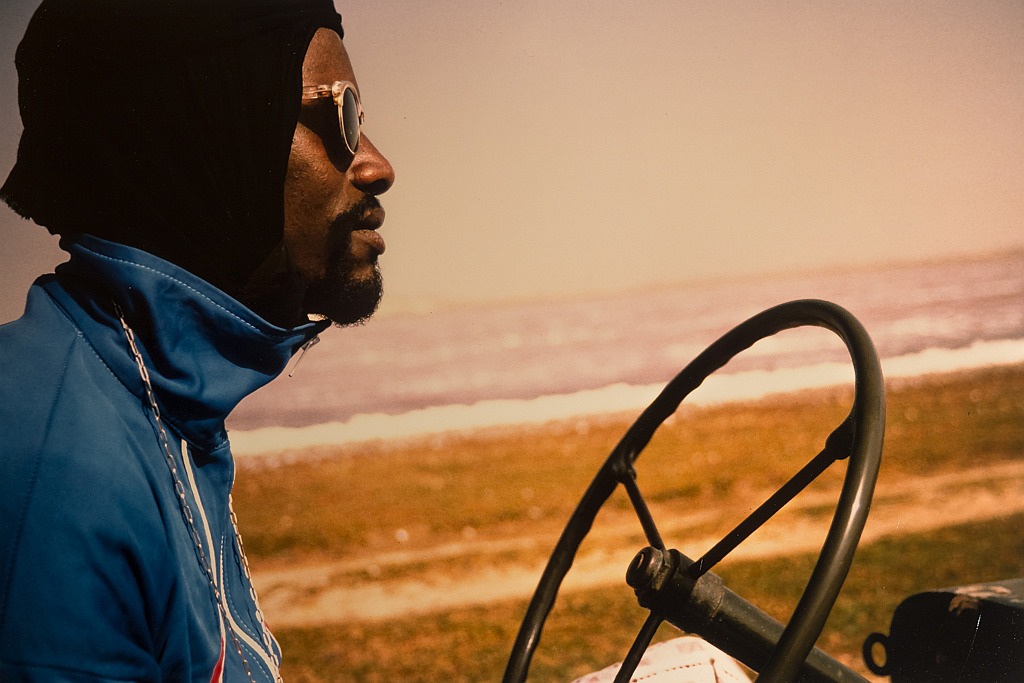 I first discovered ecovillages on a small farm in southern Sweden. The farm itself was not an ecovillage, but it did have a small book called Ecovillages: A Practical Guide to Sustainable Communities. Between pulling weeds and trench digging, I absorbed the book in a single day. Like its author,I found provocative the idea of living in “community with others” and in “harmony with nature,” and became part of a Global Ecovillage Network​, a worldwide movement of people building a new world. It was an alternative, at least, to that dark “mighty cosmos of the modern economic order” that the German sociologist Max Weber prophetically wrote would determine the life of “every individual … born into [its] mechanisms until the day that the last ton of fossil fuel had been consumed.” Ecovillages seemed to me like a blueprint for a new world. Buzz-words like “Permaculture,” “small is beautiful,” and “sociocracy,” and technologies like reed-bed watering systems, passive solar houses, and communal living all seemed preferable to consumer capitalism, mass culture, and the dominance of rising towers of glass, steel, and concrete. At least, that is what I thought when I came across a puzzle: The Senegalese government was attempting to convert 14 000 villages-nearly half of Senegal’s rural communities-into ecovillages. How was it that the “model” of the ecovillage, a reaction to environmental and social problems of modernity in the global North, had come to be seen as a State-sponsored development solution in Senegal?

It was a question at once personal and intellectual: I had lived in ecovillages as an “environmental anarchist,” studying statecraft and development critiques by the likes of James Scott, Arundhati Roy, and James Ferguson. My challenge was to explore how a model of anti-modernity created in the North was becoming embedded in a decidedly pre- (or even post-) modern West African nation. I went to the land of the long boats- pirogues- to find an answer. Yet, what I found was anything but…

There were not, in formal ontological terms, any ecovillages in Senegal. What I encountered were not ecovillages being built “out there,” but a variety of experiments with alternatives to deeply held assumptions about Western development. Those assumptions centered on the axes of time or temporality, and value or economy. Ecovillages were, in this evaluation, a continuation of a much older history of people experimenting with, re-theorizing, and critiquing modernity in situ, effacing conventional boundaries between thinking and doing, analyzing and acting, and between the worlds of theory “in here” and of built models “out there.” In a country where the phrase ” la modernité“-in North America more often the preserve of an educated elite-came instead from the voices of Senegal’s youth; I came to see ecovillages not as a solution to the problems of modernity, but as opening up a broader questioning of modernity itself. The problematic, it became apparent, was not solely a question for the privileged intellectuals of the West, but a subject of live, political discussion about the right forms of life in Senegal, a country that has yet to experience totalizing modernization. In failing to find model ecovillages, I encountered instead ways of thinking that problematized some of the most deeply held assumptions of development.

Traditional development policy assumes a sort of that time progresses linearly towards the future. In Senegal, I saw this view of progress reflected in le Monumentde la RenaissanceAfricaine, a statue depicting an uncharacteristically small nuclear family in its advance towards a wind-swept future-trash strewn below. I read this as an inversion of Walter Benjamin’s Angel of History: an Angel of Progress oblivious to the cultural and environmental havoc wreaked by a globalizing detachment that subsumes capital interest at the behest of those at the bottom of an exploitative hierarchy. Here modern time, as E.P. Thomson brilliantly observes, takes “time as money.” While the State continues with visions for that model of growth, I encountered communities hoping to reverse the logic of time converted into value. One ecovillage advocate wanted to return to an imagined past where “at night the children … would play hide-and-seek between their parents’ rice warehouses … [and] the elders would remind them of the region’s reputable populations of lions, hyenas, crocodiles, hippopotamus, and brilliant multi-colored birds.”

Contradicting the ideal image of development-the standardization and formalization of markets managed by a rationalized bureaucratic State-I found myself a disruptive economic agent in a world disrupted by Western capital. GEN Senegal, the NGO of my first contact in the country, dissolved after the promise of potential “millions” from the UNDP and the Global Environment Fund to build ecovillages at the national level. Once they realized the national government would only be appointing its own agents, many of GEN Senegal members felt disillusioned and disenchanted with the money they felt was already poisoning Senegal’s hopes for a better future. The National Ecovillage Agency, a government program I was also trying to explore, turned out to be a gate-keeper for corruption, eating away the funds provided for it by Western development agencies without engaging in the sort of disciplined work that donors foresaw. While the goal was to build ecovillages, it seemed more that foreign funds were being turned into an economy of non-sustainability, low quality solar panels, non-performing villagers and agents, and endless piles of government development documents with economic calculations being the “solution” to Western imaginaries of development. Everywhere I went, I found myself viewed as a lifeline to such notions of foreign investment. In the final weeks of my visit I even encountered a marabout (Islamic religious leader), who did a ceremony involving boiling water and ground nuts to convert my stolen laptop into $240 dollars for his own benefit.

The politics of development in Senegal turned out to be not about ecovillages but about competing visions of past, present, and future. In one community, I found myself in the midst of a political fight: between an idealistic mayor wishing to “return” to the ecovillage past (his slogan was: ” ici, on vit ecovillage“) and a new mayor more resigned to the pragmatic present of the development status quo. Both were in desperate need of solutions for the country’s youth (in a country where the average age is 21), but they were looking for it in terms of different technical models and development projects. Senegal is a country from which many young people are taking off to Europe, and many are dying in trying to escape. On this score, I found only one village-Ndem-that perhaps, could be said to be approaching that sought-after “solution.” Oddly, unlike any other Senegalese community I encountered, it was not working from established models. It resisted scalability. Its marabout had come back not to “develop” but to “reincarnate” the village’s founder, and to return the village to its past through religious teaching and practice. Its members were looking to build things as a community ” petit-a-petit“, not with sudden leaps and jumps of technology. These Baye Fall (an Islamic sect seen as a nuisance in Dakar) were more concerned with the rhythm of religious devotion than with standard uses of time and money (like getting a job and an apartment in Dakar). All the same, despite its decidedly anti-modern stance, Ndem is considered by many to be one of the most successful rural development examples in the country.

Ultimately, my exploration of ecovillages and resulting examinations of temporality in Senegal delved into the politics of progress, the efficacy of established models, and conflicting interests wrapped in a seeming lack of sincere direction. If there was a “model” that worked best, it was a project more considerate of local conceptions of past and future than about the clichéd standardizations of modernity. On the side of value, ecovillages offered an unforgiving look at both activists who were resisting the importation of Western money as a solution and development agencies opportunistically taking up well-funded projects doomed to fail in Senegal.

I began my search in Senegal to see how ecovillages, a posited solution to hyper-development in the North, had come to be seen as a development solution in the South. Through this exploration, I came to question conventional notions of modernity, a goal the very term “development” assumes many countries are striving to obtain. I did not find a unified vision for the future, but a multiplicity of attempts to dream a better life-often ones starkly different from the narratives of the high-level organizations working in the country, or even of “ecovillages”. There was not, I learned, a solution (singular) to the problems of modernity in Senegal or elsewhere. There were solutions (plural): operating at different levels and all at once, bringing out the multiplicity of meanings that make up our modern world. In my subsequent explorations with Aesir Lab, I hope to open up investigations that move past conventional social science framings, resisting realist framings that presuppose both the “problem” and the “solution”. Instead, I will use methods that the Senegalese context called for: pushing against realist thinking that imposes “ecovillage”, “environmental crisis”, or “development” as totalizing frames; using “both-and” instead of “either-or” logics; and looking at “actors” as theorists of their own situated contexts. In the end, what was born out of my study was a dazzling, kaleidoscopic world challenging Anglo-American framings of development as a goal to be “accomplished.” I concluded by asking whether there are not more open, discursive forms of cross-cultural engagement that bring in, rather than overwrite, the voices that are today excluded from expert discourses on development.

To learn more about Ecological Villages around the world, visit The Global Ecovillage Network

Featured Image by b. hessmann 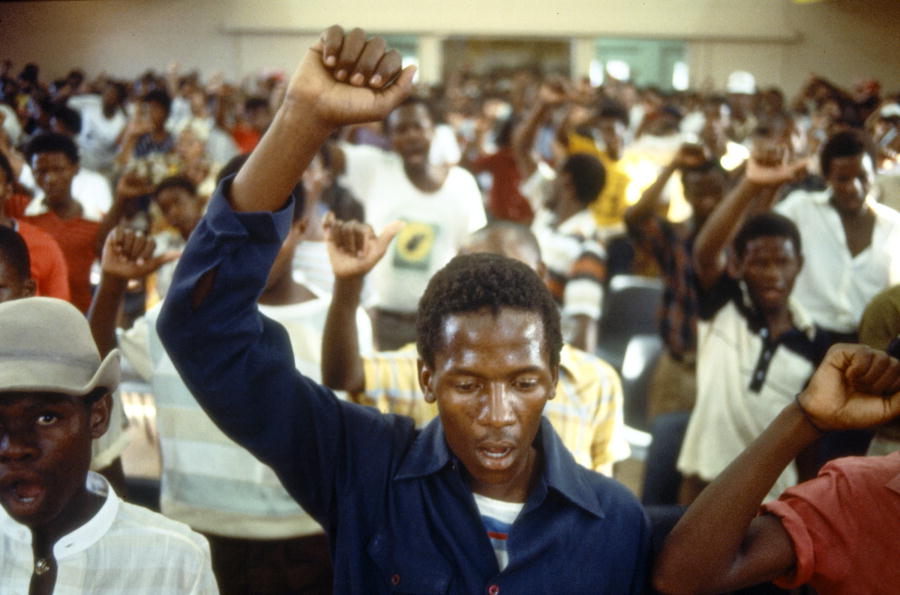 In this 17 min TEDx Findhorn talk Kosha Anja Joubert reminds us of the future we dream of and how people all across the globe are building it now, following their inner values, focussing on life as a whole and rebuilding the connections that have been broken. We can regenerate the soil, replenish depleted water … 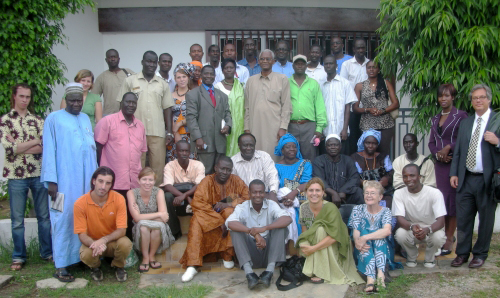 “You think there is just a desert and a tyrannical regime, with nothing happening on the ground. And then you go in, and find all these people doing fantastic work in their communities, like peace projects, environmental justice projects and community building. Suddenly, you have a totally different image and landscape emerging from a country.” (Source) These …