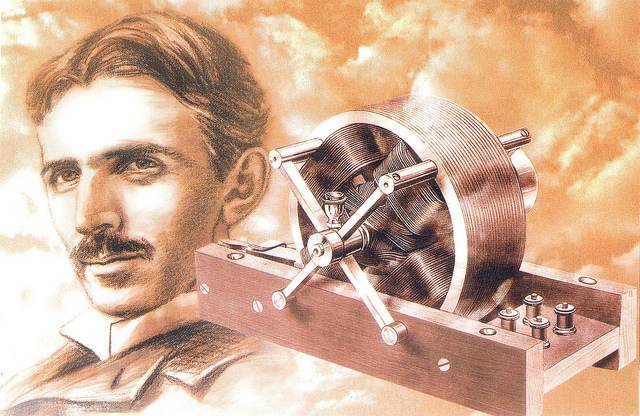 Most great inventions fundamentally change the society in which they exist. Since the people at the top of the social structure have more to gain by reinforcing the status quo, they suppress revolutionary technologies favourable to the world but dangerous to their existence. Engineering genius Nikola Tesla was no exception. Here are some of those technologies, ‘they’ don’t want you to know about Nikola Tesla:

Nikola Tesla claimed to have invented a ” death beam” which he called Teleforce in the 1930s. The device was capable of generating an intense targeted beam of energy “that could be used to dispose of enemy warplanes, foreign armies, or anything else you’d rather didn’t exist”. The so-called “death ray” was never constructed because he believed it would become too easy for counties to destroy each other. Tesla proposed that a nation could ” destroy anything approaching within 200 miles … [and] will provide a wall of power” in order to “make any country, large or small, impregnable against armies, airplanes, and other means for attack”. He said that efforts had been made to steal the invention. His room had been entered and his papers had been scrutinized, but the thieves, or spies, left empty-handed. In 1898, Tesla claimed he had built and deployed a small oscillating device that, when attached to his office and operating, nearly shook down the building and everything around it. In other words, the device could allegedly simulate earthquakes. Realizing the potential terrors such a device could create, “Tesla said he took a hammer to the oscillator to disable it, instructing his employees to claim ignorance to the cause of the tremors if asked”. Some theorists believe the government continues to use Tesla’s research in places like the HAARP facility in Alaska. With funding from JP Morgan, Tesla designed and built Wardenclyffe Tower, a gigantic wireless transmission station, in New York in 1901-1902. Morgan thought the Wardenclyffe Tower could provide wireless communication across the world. However, Tesla had other plans. Tesla intended to transmit messages, telephony and even facsimile images across the Atlantic to England and to ships at sea based on his theories of using the Earth to conduct the signals. If the project worked, anyone could have electricity by simply sticking a rode into the ground. Unfortunately, free electricity is not profitable. And this system could be incredibly dangerous for the global elite because it could profoundly change the energy industry. Imagine how different the world would be if society didn’t need oil and coal to function? Could the great world powers maintain control? Morgan refused to fund the changes. The project was abandoned in 1906 and never became operational.

In 1911, Nikola Tesla told The New York Herald that he was working on an anti gravity “flying machine”.

“My flying machine will have neither wings nor propellers. You might see it on the ground and you would never guess that it was a flying machine. Yet it will be able to move at will through the air in any direction with perfect safety, at higher speeds than have yet been reached, regardless of weather and oblivious of “holes in the air” or downward currents. It will ascend in such currents if desired. It can remain absolutely stationary in the air, even in a wind, for great length of time. Its lifting power will not depend upon any such delicate devices as the bird has to employ, but upon positive mechanical action.” Tesla proposed that electrically-powered airships would transport passengers from New York to London in three hours, traveling eight miles above the ground. He also imagined that airships might draw their power from the very atmosphere, never needing to stop for refueling. Unmanned airships might even be used to transport passengers to a preselected destination or for a remote aerial strike. He was never given credit for his invention. However, today, we have unmanned drones carrying out combat missions, supersonic airplanes that fly at amazing speeds and space shuttle technology that can circle the Earth in the upper atmosphere. It was long suspected that the FBI literally stole all of his work, research, and inventions that he had in his possession when he died. This rumor has now been confirmed by recent, heavily redacted Freedom of Information Act requests released by the FBI.