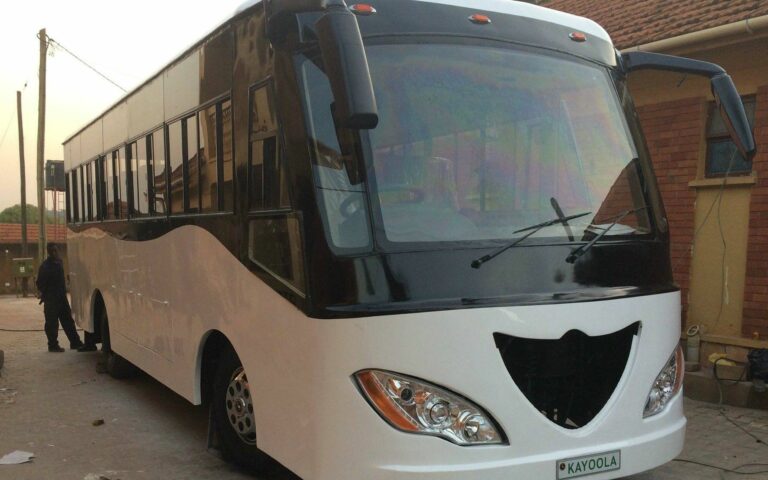 Ugandan engineers have built a solar-powered electric bus that they say is a first of its kind in East Africa and think it will revolutionize the automotive market in the region. The Kayoola, as its called, is a 35-seater that can run for up to 80 kilometers on two power banks that can also be recharged by solar panels installed on the roof of the bus.

Paul Musasizi, chief executive officer of Kiira Motors Corporation (KMC), the state-funded company behind the vehicle, says with the potential for solar power in Uganda, it only made sense that engineers started to leverage the energy source for cars.

“The bus is purely electric and our idea is to test the strength of solar energy in enabling people to move,” he told a local newspaper.

The company built the prototype with funds from the Ugandan government. But KMC is hoping to attract investors to the project to start producing the buses for the mass market by 2018 at a retail price of $58,000. Typically, 35-seater buses retail between $35,000 to $50,000.

“As we continue with developing concepts, we are also studying the market,” Doreen Orishaba, one of the engineers in the project, told Uganda’s Observer newspaper. “We want to see that we don’t make vehicles for stocking but for production on orders.”

This is not KMC’s first foray into energy efficient car-making. Last year, the company introduced the Kiira Smack, a petrol-electric hybrid that it said would come into the market by 2018 as well for a $20,000 price. But analysts were doubtful at the time of the project’s commercial viability. The price could prove prohibitive, they argued, in a market that sells an estimated 20,000 cars a year. Additionally, in a part of the world where electricity is not a widely available commodity, electric dependent cars could put undue pressure on national grids.

But by using solar as a power source for the Kayoola, KMC may have found a way to overcome that challenge in this instance.

“Uganda being one of the 13 countries positioned along the equator, gives us about eight hours of significant solar energy that can be harvested,” Musasizi says.