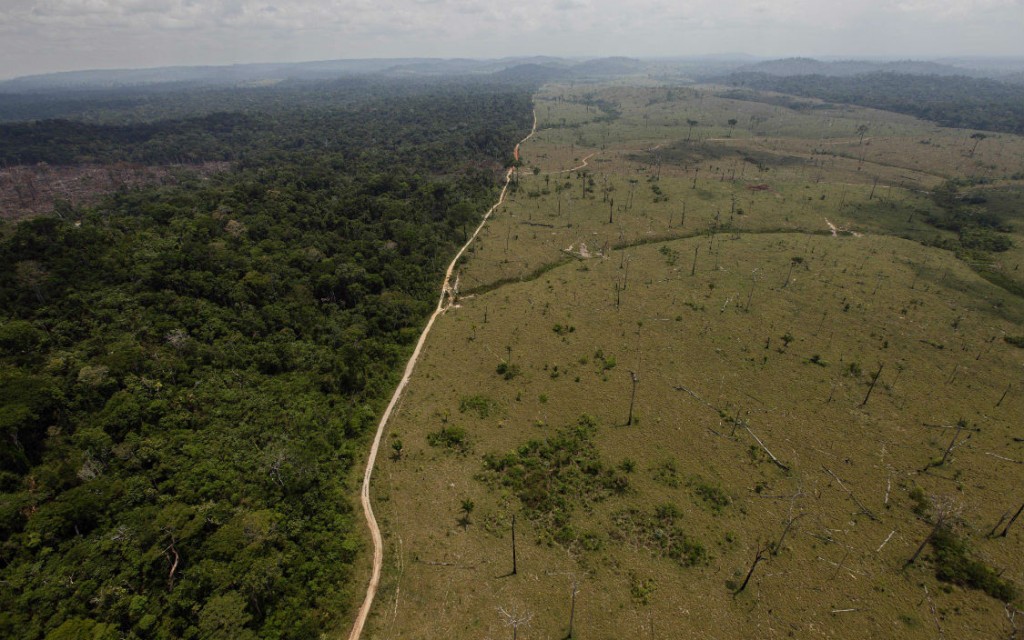 By 2050, an area of forests the size of India is set to be wiped off the planet if humans continue on their current path of deforestation, according to a new report. That’s bad news for the creatures that depend on these forest ecosystems for survival, but it’s also bad news for the climate, as the loss of these forests will release more than 100 gigatons of carbon dioxide into the atmosphere.

The report, published Monday by the Center for Global Development (CGD), found that, without new policies aimed at cutting back on deforestation, 289 million hectares (about 1,115,840 square miles) of tropical forests will be cleared away. That’s a chunk, the report states, that’s equal to one-seventh of what the Earth’s total tropical forest area was in 2000. And, according to the report, the 169 gigatons of carbon dioxide that this deforestation will unleash is equal to one-sixth of the carbon budget that humans can emit if they want to keep warming below 2°C – the level that’s generally viewed as the maximum warming Earth can endure while still avoiding the most dangerous climate impacts (and even 2°C is seen by many experts as too high).

“Our analysis corroborates the conclusions of previous studies that reducing tropical deforestation is a sizable and low-cost option for mitigating climate change,” the study’s authors write. “In contrast to previous studies, we project that the amount of emissions that can be avoided at low-cost by reducing tropical deforestation will increase rather than decrease in future decades.”

The study also noted that, if all tropical countries put in place anti-deforestation laws that were “as effective as those in the Brazilian Amazon post-2004,” then 60 gigatons of carbon dioxide would be kept out of the atmosphere. Brazil took action against deforestation in 2004 and 2008, and deforestation rates in the country have fallen from 27,000 square kilometers (about 10,424 square miles) in 2004 to 7,000 square kilometers (about 2,700 square miles) in 2010. According to the Climate Policy Initiative, this slowdown in deforestation rates helped keep about 2.7 billion tons of carbon dioxide in these forests and out of the atmosphere.

Forests can act as major carbon sinks, but for some forests, that role may be changing. A study from this year published in Nature documented the “long-term decline of the Amazon carbon sink,” which the study says could be occurring due to changes in climate. The study also points to increasing tree mortality rate – via deforestation – as another factor in the forests’ decreasing ability to store carbon.

Monday’s study noted that decreasing emissions from deforestation is a relatively cheap way for countries to reduce their overall emissions. If countries implemented a system in which wealthy countries paid tropical countries to keep their forests intact, those payments by wealthy countries would constitute a cheaper way to fight climate change than some alternatives.

“Conserving tropical forests is a bargain,” CGD research fellow and report co-author Jonah Busch said in a statement. “Reducing emissions from tropical deforestation costs about a fifth as much as reducing emissions in the European Union.”

Other studies have warned of the danger the world is in if countries don’t curb rates of deforestation and forest degradation. A study published this week in Science warned that, without policy changes, the world’s forests will become increasingly broken into unconnected patches – a fragmentation that will endanger the species that live in the forests.

“I fear a global simplification of the world’s most complex forests,” Simon Lewis, lead author of the study and tropical forest expert at the University of Leeds said in a statement. “Deforestation, logging and road building all create fragmented patches of forest. However, as the climate rapidly changes the plants and animals living in the rainforest will need to move to continue to live within their ecological tolerances. How will they move? This is a recipe for the mass extinction of tropical forest species this century.”