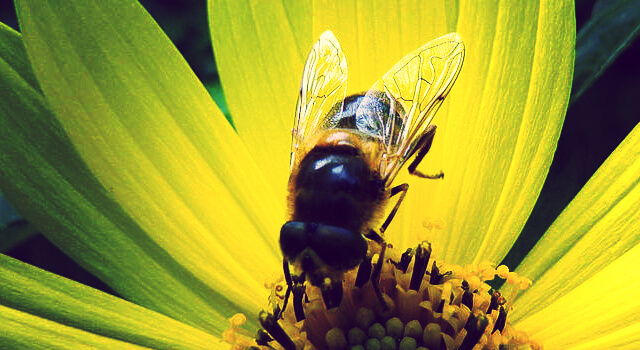 A number of countries around the world have now completely banned GM food and the pesticides that go with them, or have severe restrictions against them. This comes after the world has experienced a massive resistance against Monsanto and other biotech giants that manufacture GMOs and pesticides.

The latest country to make headlines with regards to banning Monsanto products is Mexico, as a group of beekeepers was successful in stopping Monsanto from the planting of soybeans that are genetically modified to resist their Round-up herbicide.

Monsanto had received a permit to plant its seeds on over 250,000 hectares of land, which equates to approximately 620,000 acres. That’s a lot of land, and they managed to get the permit despite thousands of citizens, beekeepers, Greenpeace, Mayan farmers, The National Institute of Ecology and other major environmental groups protesting against it.

According to The Guardian:

“A district judge in the state of Yucatán last month overturned a permit issued to Monsanto by Mexico’s agriculture ministry, Sagarpa, and environmental protection agency, Semarnat, in June 2012 that allowed commercial planting of Round-up ready Soybeans. In withdrawing the permit, the judge was convinced by the scientific evidence presented about the threats posed by GM soy crops to honey production in the Yucatán peninsula, which includes Campeche, Quintana Roo and Yucatán states. Co-existence between honey production and GM soybeans is not possible, the judge ruled.” (source)

Be colonies are declining very fast, threatening food security all over the world, and as the guardian reports:

“GM crops could devastate the important European export market for Mexican beekeepers, where the sale of honey containing pollen derived from GM crops has been restricted since a landmark decision in 2001 by the European Court of Justice.”(source)

Here is more on a study that found GM pollen destined for Europe after this ruling, and according to local farmers, threatens the honey industry.

Below is a summary of the problem (apart from massive bee declines):

“David Roubik, senior staff scientist at the Smithsonian Tropical Research Institute, and his colleagues developed the ability to identify pollen grains in honey in Panama and in Mexico during the 1980s and 1990s when they studied the effects of the arrival of Africanized bees on native bees. “Nobody else can do this kind of work in the ‘big field’ environment and be confident that what they are seeing are soybean pollen grains,” said Roubik. They found that six honey samples from nine hives in the Campeche region contained soy pollen in addition to pollen from many wild plant species. The pollen came from crops near the bee colonies in several small apiaries. Due to strict European regulations, rural farmers in the Mexican Yucatan face significant price cuts or outright rejection of their honey when their product contains pollen from GMO crops that are not for human consumption. The regional agricultural authorities, furthermore, seemed unaware that bees visited flowering soybeans to collect nectar and pollen” (source)

Related CE Articles with links to more information and proof:

There Are Multiple Concerns Here, And One of Them Has To Do With The Crops That Have Been Genetically Manipulated To Resist Monsanto Pesticides. Why? Because These Pesticides Are Very Harmful To Human And Animal Health.

A study is published in the US National Library of Medicine and in the journal Food and Chemical Toxicology shows how several recent studies illustrate glyphosate’s potential to be an endocrine disruptor. Endocrine disruptors are chemicals that can interfere with the hormone system in mammals. These disruptors can cause developmental disorders, birth defects and cancer tumors. (source)

A group of scientists put together a comprehensive review of existing data that shows how European regulators have known that Monsanto’s glyphosate causes a number of birth malformations since at least 2002. Regulators misled the public about glyphosate’s safety, and in Germany the Federal Office for Consumer Protection and Food Safety told the European Commission that there was no evidence to suggest that glyphosate causes birth defects. (source)

A new study out of Germany concludes that Glyphosate residue could reach humans and animals through feed and can be excreted in urine. It outlines how presence of glyphosate in urine and its accumulation in animal tissues is alarming even at low concentrations. (source)

It’s also been linked to Alzheimers, Parkinsons Disease and Autism.

Thirteen participants were randomly selected to consume a diet consisting of at least 80% organic or conventional food for precisely 7 days, afterwards crossing over to the alternative diet from which they started. Urinary levels were used for analysis. The study found that urinary dialkylphosphates (DAPs) measurements were 89% lower when they ate an organic diet for seven days compared to a conventional diet for the same amount of time.

“A lot of these agents were initially developed as nerve gases for chemical warfare, so we do know that they have toxic effects on the nervous system at high doses. Conventional food production commonly uses organophosphate pesticides, which are neurotoxins that act on the nervous system of humans by blocking an important enzyme. Recent studies have raised concerns for health effects of these chemicals even at relatively low levels. This study is an important first step in expanding our understanding about the impact of an organic diet” (source) – Dr. Liza Oates

Here is a link to more information on how the Roundup herbicide was recently found to be 125 times more toxic than regulators claim.

The list goes on and on, but bottom line is that there is a tremendous amount of evidence, and it’s great to see countries like Mexico take more steps towards a completely GMO/Pesticide free environment.

Like this article? Then join the Conversation with many others in EWAO !

http://phys.org/news/2014-02-gmo-soybean-pollen-threatens-mexican.html http://www.theguardian.com/global-development/poverty-matters/2014/aug/08/sweet-victory-beekeepers-monsanto-gm-soybeans All other sources are embedded throughout the article.

WHAT ARE YOUR THOUGHTS?