Some medicinal plants have been with us since the dawn of civilization. They played an important role in our development as a society, and our health as individuals.  Unfortunately some of these plants and their useful knowledge has gone missing in recent years. This series looks to examine the clues left by our ancestors, in hopes of piecing everything back together….

“Without Kalyna, there is no Ukraina”

The plant known as Kalyna is one of Ukraine’s nation symbols. It’s symbolical roots can be traced back to the Slavic paganism of thousands years ago. According to a legend it was associated with the birth of the Universe. 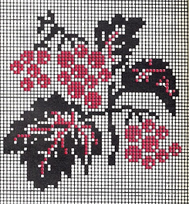 To this day, Kalyna can be seen at most of Ukrainian countryside households. In winter, its bright-red berries stand out stunningly against the white of the snow. These bitter berries have a long history in the folklore of Ukraine, appearing in the songs, art, and embroidery on clothing.  An ingenious way of preserving the sacred knowledge of this plant, so that future generations would know why they should gather them and the benefits of the kalyna tree.

Since it berries stay on during the winter month, Kalyna was believed to be “immortal” and  bestowed with magical powers. Ritualistic allegiance and brotherhood swearing of oaths were said to use Kalyna.  The red of  berries were used as a substitute for blood, and thus it became a powerful symbol of unity and fraternity to the early Ukrainian people.

“She’s as beautiful as kalyna in blossom.” 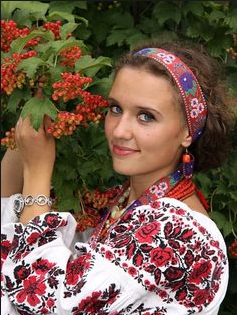 The plant symbolized the beauty of Ukraine from ancient times, it’s spiritual strength and it’s love of nature. It is strongly associated with women, love, and happiness. The young female beauty is often compared with the shrubs in blossom — “She’s blossoming like kalyna”

The plant was not only idolized by women in the Ukraine, but women around the world. This plant appears in multiple cultures as a necessary medicine. The common name for kelyna was crampbark.  Historically, as the name suggests, the bark of this shrub is made into extracts and tinctures, and used as a remedy for cramps and muscle spasms. 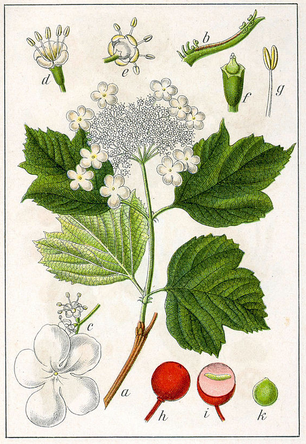 Crampbark, also known as Guelder rose, Dog Rowan Tree, Cranberry Tree, May Elder, Snowball Tree, May Rose, King’s Crown etc. etc. Whatever you call it, this plant is pure gold. It is a member of the Viburnum genus, a relative of the honeysuckle. The eroupean variety is known as viburnum opulus and the northamerican is known as Viburnum trilobum.

The bark is an astringent, antispasmodic, and works as a sedative in the uterus. It also works as a muscle relaxant; Making it ideal as treatment for menstrual cramps. Used by the Iroquois for prolapsed uterus after childbirth,and other tribes recognized its use as a diuretic. The Plant definitely has a long medicinal history.

Even to this day, cramp bark is being sold as medicine across the world. The going rate for cramp bark tincture is 10$ / 1 oz. Now that is a steep price to pay for an ounce of liquor…..what if I told you I could reduce the cost, next to nothing, simply by teaching you the medicinal knowledge. 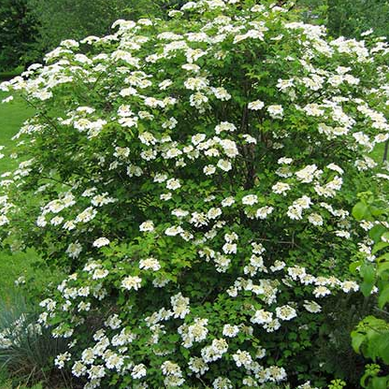 There are two kinds of cramp barks in your area, the wild variety ( Viburnum trilobum ) you will find them on the edges of forests, usually in moist spots. This deciduous, rounded shrub grows 8 to 12 feet tall. It has maple-shaped, dark green leaves that turn shades of red, yellow, and purple in fall. It’s white flowers, in spring, are followed by abundant red fruit that is loved by birds.

The second variety will be found in landscaping ( Viburnum opulus )it often refereed to as highbush cranberry. Although it is not related to the cranberry; the name was given because the berries are sometimes eaten as a substitute for cranberries. If you happen to see a shrub in your neighbourhood that keeps its fruits on during the winter months, it may a Viburnum.

It is recommended to gather the seeds and make clones of these plants, your going to need them.  Cultivating your own plants may take some time, but when a plant as valuable as this comes along, your going to want as much of it as possible.

To make the  tincture  you will need to  the following ingredients;

Message From Germ: Hey hope you enjoyed the history and use of cramp bark. I think this is a prime example for the series (greengold)and how it could really empower alot of people.  This kind of knowledge could  profoundly impact our collective future. I need your help in realizing that dream. By simply liking the GreenGold posts you are voting to see more of this in future posts.

5 thoughts on “The Infamous Crampbark Tincture”