THE HAGUE, Netherlands — A Dutch court ordered the government Wednesday to slash greenhouse gas emissions to help fight global warming, a landmark ruling in a case brought by hundreds of concerned citizens that could pave the way for similar legal battles around the world.

Climate activists in a packed courtroom in The Hague erupted into cheers as Presiding Judge Hans Hofhuis told Dutch authorities to cut the country’s greenhouse gas emissions by at least 25 per cent by 2020 from benchmark 1990 levels.

The country currently is on track for a 17-per cent reduction and it is not clear how it can achieve the further cut.

Environmentalists hailed the ruling as a victory in efforts to push governments to take more action to tackle global warming against a backdrop of slow-moving international negotiations aimed at forging a global agreement.

“The verdict is a milestone in the history of climate legislation, because it is the first time that a government was ordered to raise its climate ambition by a court,” said Wendel Trio, Director of Climate Action Network Europe. “We hope this kind of legal action will be replicated in Europe and around the world.”

Greenpeace called the Dutch ruling “a game-changer in the fight against climate change.”

The Dutch case may have already helped spur environmentalists in other countries into legal action.

Activists say a similar case is coming in Belgium and in Norway, a coalition of non-government groups is working on a case challenging their government’s licensing of new oil blocks in the Arctic, saying it violates the constitutional obligation to protect the climate.

“This is a great victory. The judge said exactly what we wanted and had the courage and wisdom to say to the government ‘you have a duty of care toward your citizens,”‘ said Marjan Minnesma, the director of Urgenda, the non-government group that brought the civil case on behalf of some 900 Dutch citizens.

Minnesma said Urgenda is ready to share details of its case with activists in other countries, saving them time and money in preparing the legal arguments.

The ruling came in the same month that Pope Francis released a massive encyclical on the environment urging nations to quickly overhaul their economies to cut emissions and save the Earth. France will also host a key U.N. conference later this year in Paris where it’s hoped that a worldwide accord to fight global warming will be signed.

The Dutch plaintiffs argued — and the court agreed — that the government has a legal obligation to protect its people against looming dangers, including the effects of climate change on this low-lying country. Large swaths of the Netherlands are below sea level and vulnerable to rising sea levels blamed on global warming.

The Dutch government, which can appeal, said it was studying the ruling.

Environment Minister Wilma Mansveld said the government and Urgenda “share the same goal. We just hold different opinions regarding the manner in which to attain this goal.”

Mansveld said the Dutch are working toward European Union greenhouse targets — cutting emissions by at least 20 per cent by 2020, from 1990 levels.

“Preventing climate change is the most successful when as many countries as possible join forces,” Mansveld said.

But judges said they want more action from the minister.

“The state must do more to avert the imminent danger caused by climate change, also in view of its duty of care to protect and improve the living environment,” read a statement from the court.

To avoid the most dangerous impacts of climate change, which is caused by heat-trapping carbon dioxide being released by burning fossil fuels, countries around the world have agreed that global temperatures should stay below a 2 degrees Celsius (3.6 F) rise compared to pre-industrial times. 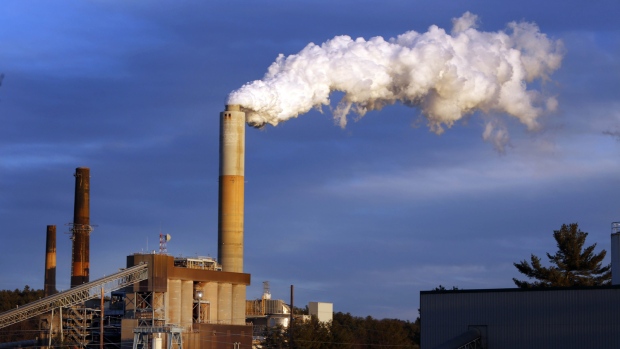 A U.N. climate science panel has stated that to have a two-thirds chance of staying below that mark the world must cut emissions by some 40 to 70 per cent by 2050.

While the Netherlands is known as a land of windmills, it is also a country with vast natural gas reserves that are used to power millions of households. It lags behind many of its European neighbours in the amount of energy it consumes from clean, renewable sources like wind or solar power.

According to the EU statistics agency Eurostat, only 4.5 per cent of Dutch energy consumption came from renewables in 2013, compared to an EU average of 15 per cent. Sweden led the way with just over 52 per cent.

Renewable energy accounted for about 10 per cent of total U.S. energy consumption in 2014, according to the country’s Energy Information Agency.

The Dutch court said it was difficult to judge the economic impact of its ruling on Dutch companies but said “climate policy can have a negative effect for one sector, but a positive effect for another.”

Dutch business organization VNO-NCW did not immediately respond to requests for comment about the ruling’s possible effects on its members.

Bill Hare, senior scientist at Climate Analytics, a non-profit organization based in Berlin, said the Dutch ruling’s impact could be massive.

“(This) has the potential to become a precedent whose effect will ultimately flow through to undermining the markets for coal, oil and gas,” he said.