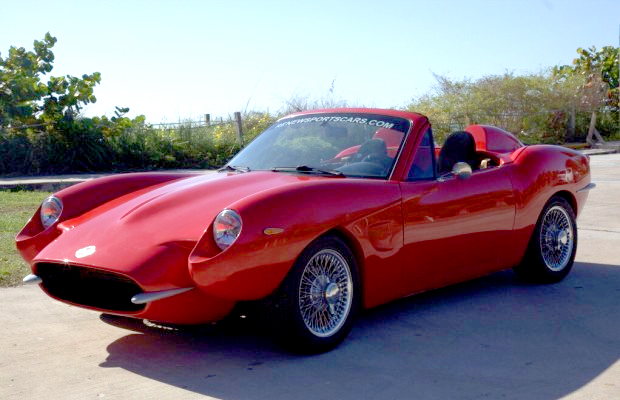 The transportation sector is one of the largest greenhouse gas contributors today, accounting for nearly 30% of all emissions in the United States alone. For decades, oil and automobile companies dominated the global market, with little remorse for the ecological consequences of petroleum-based industries, as well as little to no thought into the limitations of non-renewable energy sources.

Thankfully today, we have seen a global shift towards sustainability and innovation in the automobile manufacturing and transportation sectors. Companies such as Tesla Motors are laying the groundwork for a sustainable future in the automobile industry.

Another company making their way into the mainstream spotlight is Renew, an automobile design and manufacturing company aiming to erase the carbon footprint of vehicles all together. Renew’s mission is simple yet monumental: to ” create cars which are 100% carbon neutral and non-polluting.”

But how are they tackling this massive obstacle? Well, it involves the use of a widely known and versatile green plant, hemp.

Hemp has been used for centuries in a number of varying industries, including paper, fabric, food, construction, and more. The fibers of the hemp plant are some of the strongest and most durable plant-based fibers known today, making it a fantastic adversary in the manufacturing of various materials.

But one of the most incredible things about hemp, beyond its light weight, durability and biodegradability, is the fact that it is carbon negative. Hemp removes carbon dioxide from the atmosphere at a rate more efficient than most plants. Trees for instance, take 20 years to grow, while hemp by contrast, matures in 3 to 4 months, and can be replanted several times a year.

The reason why hemp is so strong is due to the amount of carbon it absorbs from the atmosphere into its fibers. When hemp is used to manufacture something like a car, it removes a substantial amount of CO2 from the atmosphere in a process called carbon sequestering. By utilizing this process, we have the ability to significantly counteract the automobile-induced carbon emission crisis.

Renew vehicles run on ethanol. When compared to gasoline, the use of high-level ethanol blends, such as E85, generally result in lower emissions levels.

Even more fantastic is Renew’s new flex ethanol option, in which the car can sense any type or mixture of ethanol/gas, from 0-100%, and adapt automatically.

But more importantly, the Renew car models are equipped to run on hemp ethanol, should it ever come to market.

Is The 2015 Hemp Sports Car The Future Of Automobiles?

Inspired by numerous European race cars from the 50’s and 60’s, the Renew Sports Car is both a blast from the past (aesthetically speaking) and a breath of fresh air in technological terms, reports Cannabis Now Magazine.

The body of the Renew Sports Car is made from carbon negative hemp fibers, rather than highly carbon positive materials, such as carbon fiber, steel, aluminum, fiberglass, or the petroleum-based plastics with which automobiles are typically produced today.

Renew begins a nationwide tour this month, bringing the Hemp Sports Car to car shows, 420 festivals, hemp festivals, and green festivals across the country. At these shows, company President Bruce Dietzen encourages attendees to sit behind the wheel and take a selfie, so they can share the news with their friends on the internet and help spread the word. Renew’s ultimate mission is to make carbon neutral cars by 2025.

” The key to saving our environment lies in making everything we need from what grows above the soil, not what’s buried beneath. The Hemp Sports Car is, perhaps, the most iconic example of this maxim that exists today,” he says.

Dietzen is confident that in the next decade, 75 percent of car components – even the batteries – could be manufactured using carbon negative hemp, reducing footprints even more than electric vehicles have done so far.

Renew Sports Cars is currently seeking funds for their nationwide tour through their IndieGoGo page, where the first online video of the car under power can be viewed. Be sure to visit their Facebook page and website to learn more about this revolutionary new vehicle.

What are your thoughts on Renew’s vision of hemp made/powered vehicles? Share with us in the comment section below!

While we all throw around the term “Cancer” loosely, do we really know what it is and what it means?

Have you ever wondered why, despite the billions of dollars spent on cancer research over many decades and the promise of a cure which is forever “just around the corner,” cancer continues to increase?

The Truth About Cancer is a powerful docu-series that goes through powerful research behind cancer, treatment and new information that we all should know.