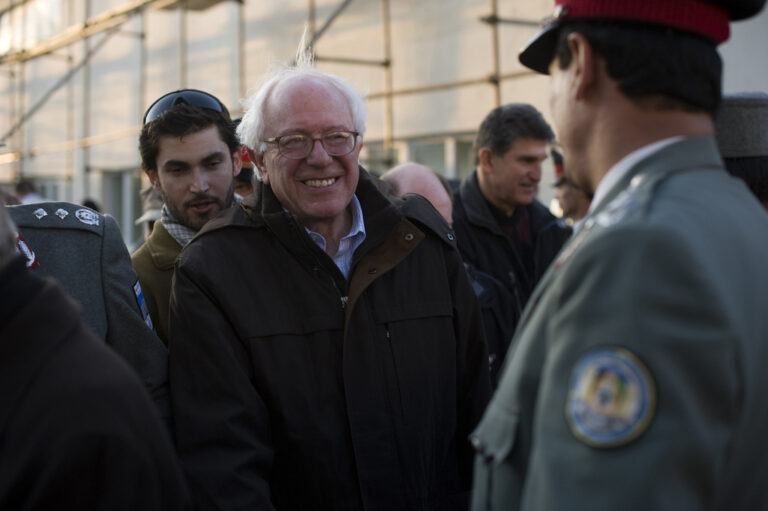 Unlike most of the top candidates, Vermont senator Bernie Sanders has a long history of speaking out against big corporations, factory farming, and the Biotech giants. As early as 1994 he was fighting against companies such as Monsanto using chemicals that impact human and animal health. He was also one of the few senators that introduced the Farm Bill that would require labeling of any genetically engineered ingredients in food.

Unlike another candidate running on the democratic platform Hilary Clinton who fully supports GMOs, Sanders believes that the biotech companies are “transforming our agricultural system in a bad way.” He says that he stands for the right of the people to know what is in our food (through mandatory GMO labeling that he helped pass in Vermont, an effort that the GMO giants are trying to block through the DARK Act) and supports family-owned and organic agriculture.

During a private dinner event on December 27 th, Sanders spoke about how to make sure our food is healthy and our farming is ethical, as well as other big issues that his campaign stands for.

“The debate should be – how do we make sure that the food our kids are eating is healthy food. And having the courage to take on these huge food and biotech companies who are transforming our agricultural system in a bad way,”

He also goes off on the fossil fuel industry, saying it’s past due time we start to shift toward renewable and alternative energy.

Perhaps the most exciting part of his speech happens a few minutes in as he describes the food scene in his home state, where organic farming and farmer’s markets are becoming commonplace. 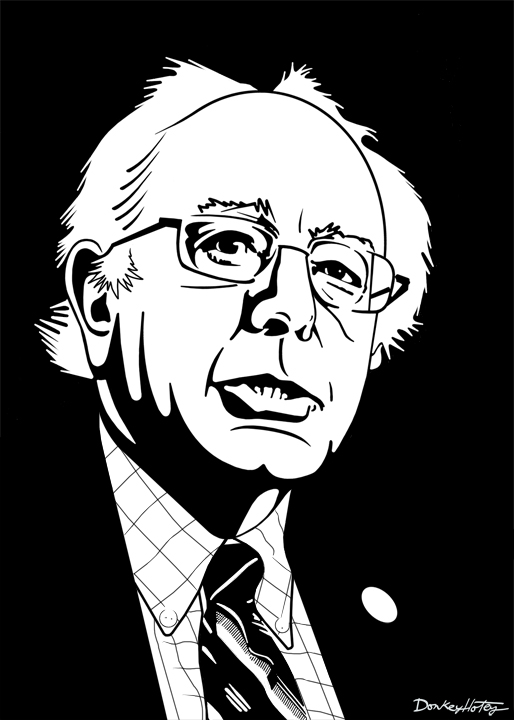 “We have hundreds of farmers markets (in Vermont), you’ll find people buying food, beef and poultry directly from farmers, and there’s a growing farm to school pipeline,”

“It’s something we’ve worked very hard on and I think all over this country people are concerned about the quality of food their kids are eating.”

Sanders goes on to talk about how his own additions to the Farm Bill would help make this vision a reality for people across the country, and also calls out Monsanto on a key food and GMO-related topic that is being completely ignored by the mainstream media once again.

You can watch the full speech by clicking here. 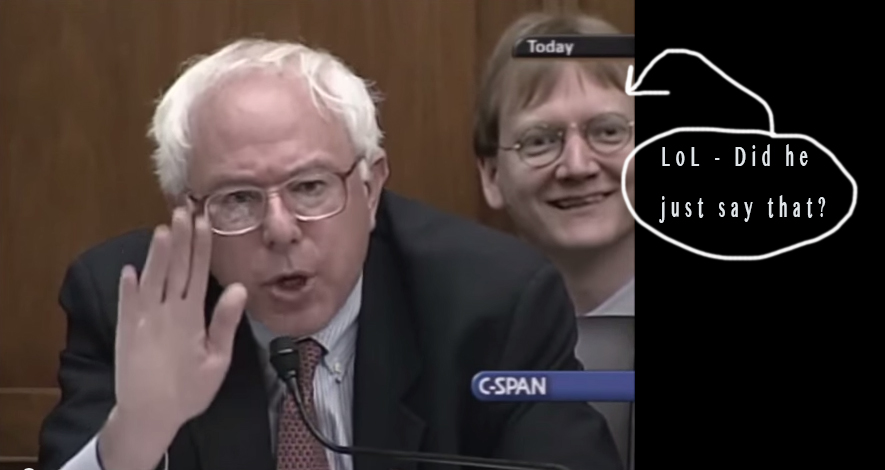 I recently watched “The Wolf of Wall Street” and thought to myself… Uhm, yeah it’s definitely like that I mean, if I had to put my money on the character-types of the individuals in positions of great power I would say, yes. I think they are too busy to smell the coffee and too distracted … 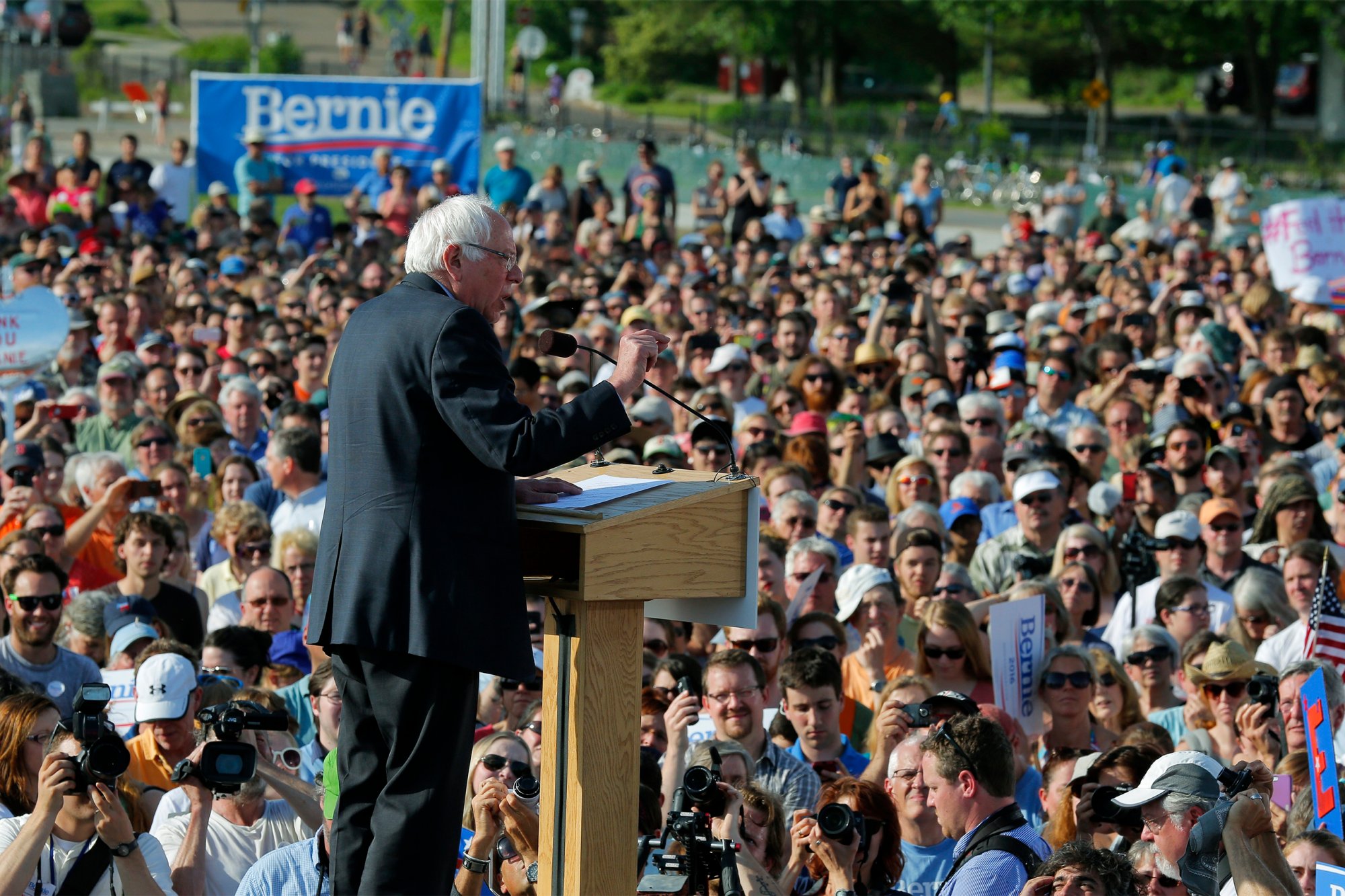 I always tell myself I won’t put too much emotional intent and attachment to the US elections. They can build up our hopes and render us empty handed, with nothing to show for our divine passions of betterment – for creating the world we know is possible in our hearts. But its exactly that which I admire in a community! The newborn drive to build connections and solutions, whether it’s through government or grassroots designs, it will happen. Elevating change-making consciousness, here is an article written by Eleanor Clift

Bernie Sanders is mad as hell and he’s not going to take it anymore. That’s why he’s running for president. He’s filled with righteous anger about a lot of things, and lots of people agree with him. Close to a thousand people turned out to see him in New Hampshire; 750 in Iowa, one of the largest crowds for any of the candidates. He’s “bulking up” now in terms of his campaign staff and he’s doing pretty well fundraising, too: With 200,000 contributors at 40 bucks a piece, that’s $8 million dollars.

“We’re going to be outspent, but it doesn’t matter,” he says. “We can run the kind of campaign I want.” His kind of campaign is about the big challenges facing the country, income inequality, climate change, the unaffordability of college, a disappearing middle class. He speaks about these issues with an ever present edge of outrage, what he calls “from my heart,” that lets you know he’s not just spouting briefing papers, these are his causes.

The reception he’s gotten in the four or five weeks since he announced his candidacy has persuaded him that maybe the country’s disgust with politics as usual has created an opening for somebody like him, a 73-year-old self-described “democratic socialist” who calls out the excesses of Wall Street and stands up for working families. “It is not a radical agenda,” he told reporters at a breakfast organized by The Christian Science Monitor.

He wants to expand Social Security, move away from Obamacare to Medicare for all, and make tuition free at public universities. He would pay for these expanded benefits with a tax on Wall Street speculative trading, and he would end the loopholes that allow corporations to store their profits tax-free offshore. He doesn’t expect support from the Business Roundtable, the Chamber of Commerce, or Wall Street, he says with delight, treating their opposition like a badge of honor.

There’s nothing wrong with running to get your ideas heard, he says, but he insists he’s in the race to win, however improbable that is given Hillary Clinton’s big lead, and his own marginal status as a national candidate given his age and leftist politics. Asked what Clinton’s biggest vulnerability is in a debate setting, he says,

He wants to know what “the Secretary” thinks about the Keystone pipeline. He led the fight against it and believes climate change is a “planetary crisis.” Where is she on the trade debate roiling the Congress? Asked if Clinton’s vote for the Iraq war should disqualify her from the presidency, he said no, that he didn’t intend to bring up that years-ago vote. (Someone else will.)

Listening to Sanders is like going back to the future. He is introducing legislation that would guarantee workers 10 days of vacation. These are the kinds of victories that labor unions won decades ago, but that are under assault in a Wall Street-driven economy. Sanders recalled American workers a century ago held up placards that said, “Give us a 40-hour week.” Today, he says, millions of Americans don’t have that guarantee because they’re working two, three, four jobs to get by.

Asked what his first executive order would be as president, he was stumped, admitting he hadn’t thought about that yet. He used the question to segue into the impact of big money on everything that goes on in Washington, and the reality that no one person can make the changes that he is advocating for. “I have a lot of respect and admiration for Barack Obama,” he said, but the “biggest mistake” he made after running “one of the great campaigns in American history” was saying to the legions of people who supported him, “Thank you very much for electing me, I’ll take it from here.”

“I will not make that mistake,” Sanders said, making a pitch for a mobilized grassroots movement that every candidate dreams of and that in ’08 Obama came closest to achieving. The Obama movement faltered amidst legal issues once he was in the White House, and in ’12 became Organizing for America, primarily a vehicle for fundraising and a shadow of what it once was. Sanders sounds like the political science major he was in college, explaining that the free tuition in public universities he seeks will not happen if it comes down to President Sanders negotiating with Republican leader Mitch McConnell. “It will happen,”he says, “if a million young people are marching on Washington.”

The challenge for the Democratic nominee is to generate the kind of excitement that led to Obama’s election and reelection. Among the issues that get Sanders most exercised is the “massive alienation among the American people” that leads to low voter turnout. If 60 percent and more of eligible voters don’t vote, “nothing significant will change,” he says. He is not happy about the Democratic National Committee scheduling only six debates, beginning in the fall, and decreeing if candidates participate in other debates, they will not be allowed in the sanctioned ones. “It’s much too limited,” he said. “Debates are a means to get people interested and engaged.”

If it were up to him, candidates would debate across party lines. “Republicans have gotten away with murder because a lot of people don’t know what their agenda is,” he says. “Christie, Perry, Bush are all in favor of cutting Social Security. I want to expand it. Let’s have that debate,” he says. Sanders has never played party politics. He’s the great disrupter. He’s there to break the rules and regulations, and the voters are cheering him on.